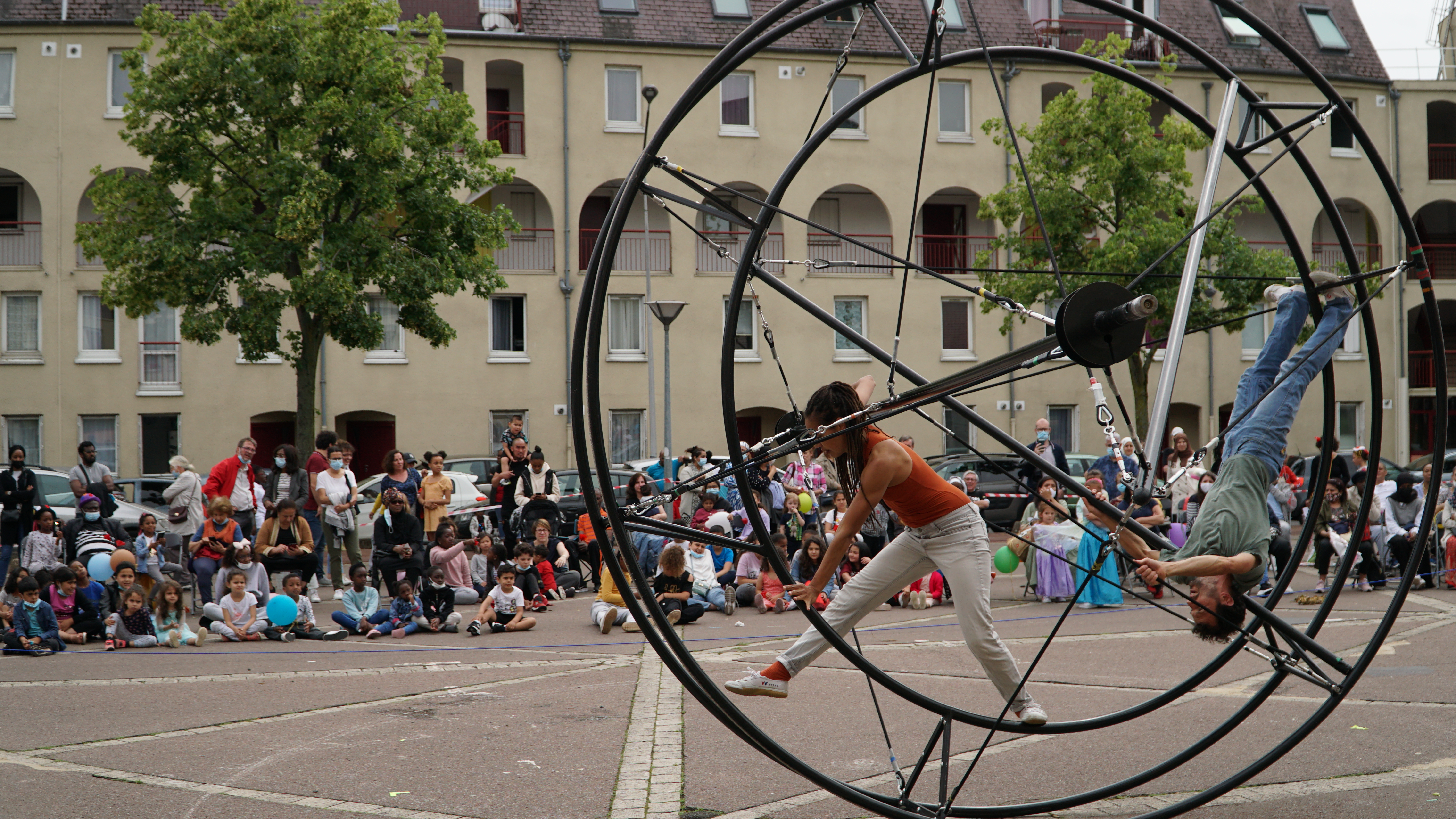 Let’s invent a vehicle that can both move on the ground and rise to explore the city in a new way!

Vaisseau Spécial (special vessel) invents a new vehicle that can both evolve on the ground and rise in the void. This concept crosses the questions of the inventors of the 19th century and their utopian flying machines with those of the different thinkers of today imagining the city of tomorrow, particularly the urban planning of the movement that reflects on new urban mobility. 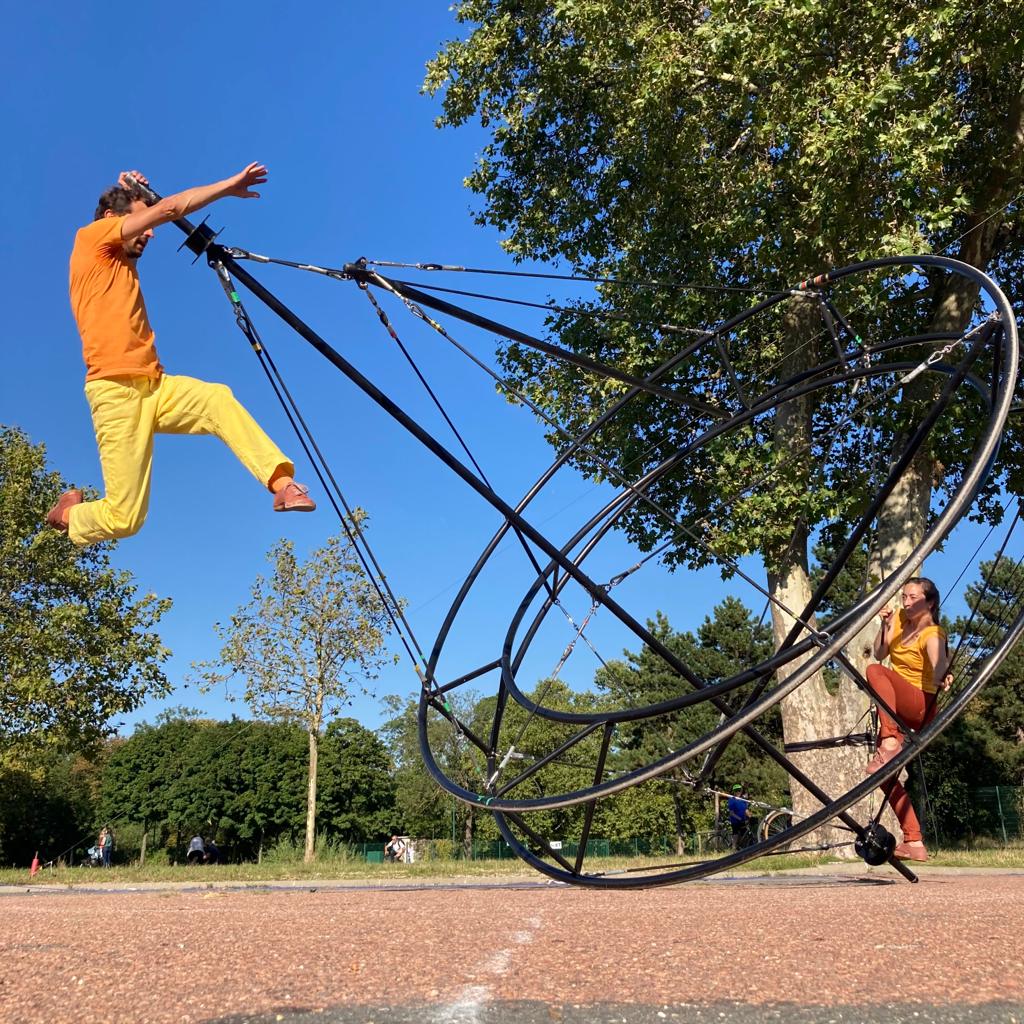 “From the Roman roads to the American highways to the airfield, travel has intensified and become more complex, the reasons and ways of moving have multiplied infinitely. The imagination of movement follows this diversity and multiplication.

To the fascination of flight, then speed, are added those of ubiquity and the increased body. After the domination of gravity, it becomes possible to free oneself from the contingencies of a place and one’s own body.
The movement thus becomes a world in itself that allows people to surpass themselves. The exploration of this rapidly expanding world, where the mix between real and virtual is intensifying, allows us to question Man’s dreams. Movement abilities, boundary crossings, trajectories in landscapes and the detachment from one’s usual condition are motivations for our travels.” 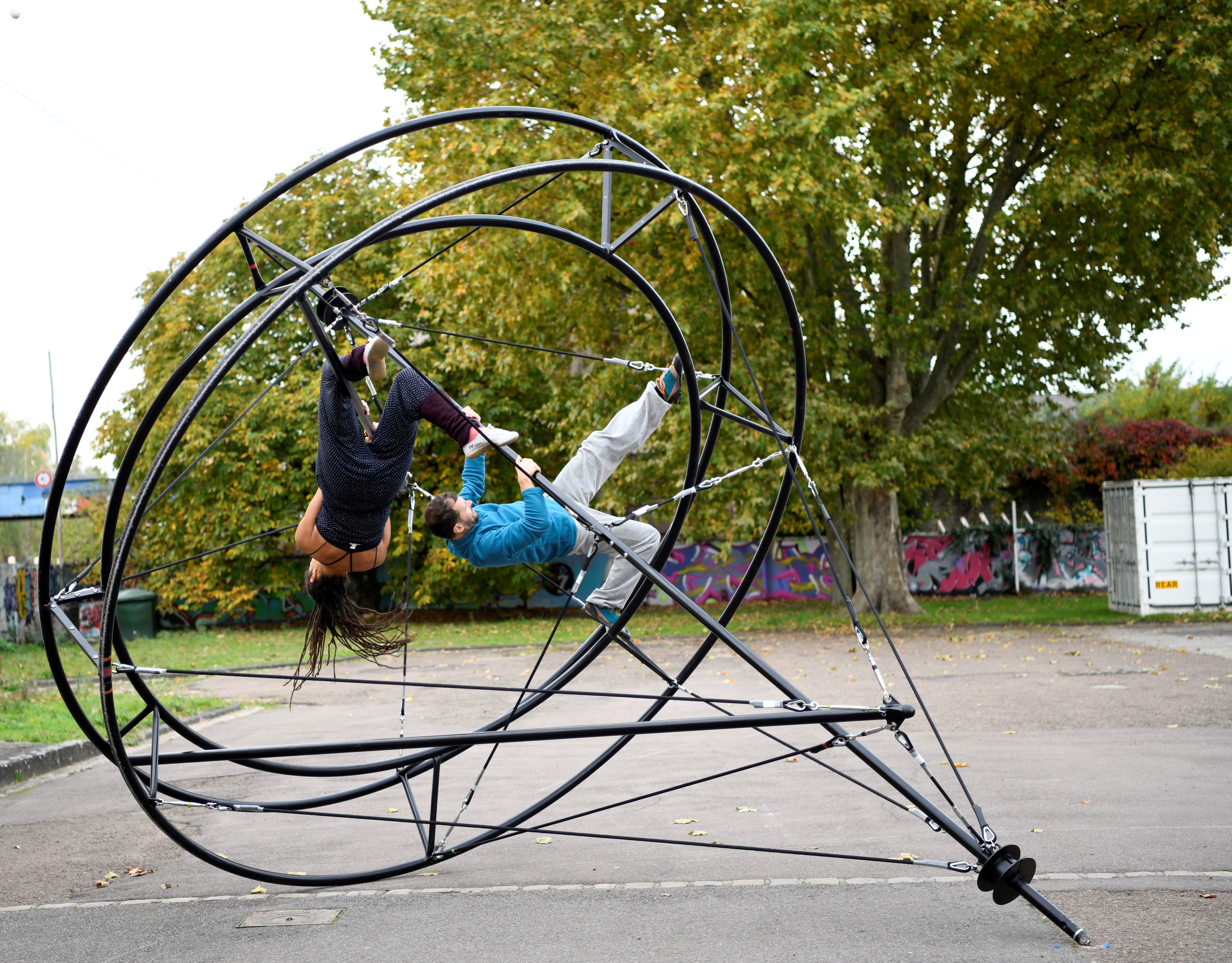 The construction principles incorporate the notions of tensegrity that allow enigmatic assembling whose elements are not in direct contact.

The apparatus have a particular way to move that mix the rolling with the tilting, the pivot with the point of balance. It is the action of the artists at the heart of the object that sets it in motion.

The use of this machine shows a group focused on its action, very attentive to the other and to the global movement, one rotates while another brakes and a third takes off while two others act as a counterweight. Between 4m and 6m high, Vaisseau Spécial allows one or more “passengers” to fly, glide, take 4m steps and gradually climb up the walls.